"Net-zero Carbon is Harming the Poor in Africa", by Donn Dears

"People question whether net-zero policies are harming the poor in Sub-Saharan Africa.

They also question whether the actions of Medical Societies, highlighted in an earlier article, are causing harm to the poor in Sub-Saharan Africa.

Proof can be seen in this chart from Global Data: 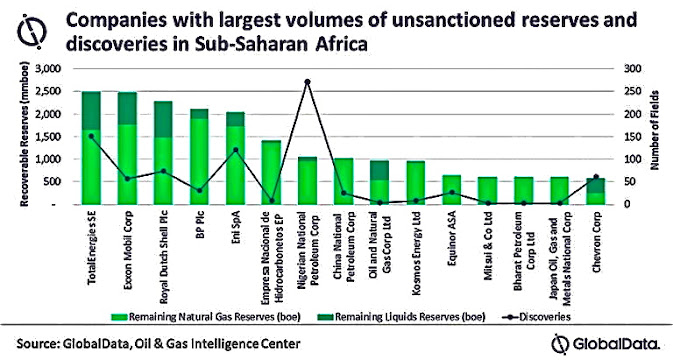 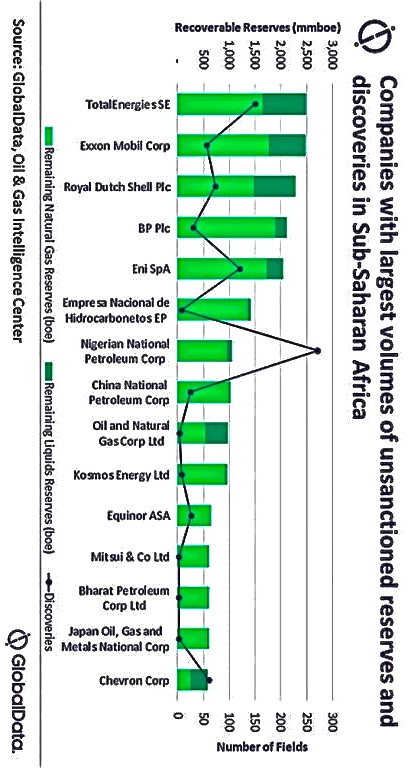 The chart identifies companies with natural gas reserves in Africa that have not yet been approved for development.

Quoting the article from Offshore Magazine:
“Various IOCs appear to have no development plans in prospects for their discovered reserves in Sub-Saharan Africa, according to GlobalData.”

“This may be due to the general push for a lower-carbon future and a shift from high-risk investments.”

And another quote from an earlier article:

“Oil and Gas analyst Conor Ward said:
‘Sub-Saharan Africa has so much potential. It could easily overtake Europe in regional oil and gas production if utilized properly.’”

Natural gas is in short supply in Europe, while huge reserves are ready for development in Africa.

Why aren’t European companies, which represent 4 of the 5 largest holders of reserves, actively engaged in developing these badly needed natural gas reserves?

As pointed out by Offshore Magazine, the net-zero carbon policies are having a detrimental effect on oil and gas development.

This natural gas could be used in Europe and in Sub-Saharan countries.

Building the infrastructure, pipelines and local processing facilities, to support this development would also create jobs in Sub-Saharan Africa.

Sub-Saharan Africa has many problems that impede development, and net-zero carbon policies add to these difficulties.

No knowledgable person can deny that net-zero carbon policies are harming people around the world."
Posted by The Cliff Claven of Finance at 3:46 PM
Email ThisBlogThis!Share to TwitterShare to FacebookShare to Pinterest
Newer Post Older Post Home